Niall Williams came to us with a request to create a new website to increase their brands online visibility. Along with a web design for Niall Williams, the owners were also seeking functionality on the website so that customers could pay deposit on workshops ran by Niall and also sell products made by Christine through the online the shop.

This project completion date was estimated 6-12 weeks from provision of all content. A modern responsive website was required that would lead to more organic traffic through people searching online for Niall as an author and lead to sales of his books.

Niall and Christine’s aims with this project was to increase their online customers through an online store on their new website and share articles and reviews of Niall’s books.

Niall Williams is an author who was born in Dublin in 1958, studied English and French Literature at University College, Dublin. He moved to New York in 1980 where he married Christine Breen, whom he had met while she was also a student at UCD. His first job in New York was opening boxes of books in Fox & Sutherland’s Bookshop in Mount Kisco. In 1985, he and Chris left America to attempt to make lives as writers in Ireland.

On April 1st they moved to the cottage in west Clare that Chris’s grandfather had left eighty years before. They have two adult children, a dog named Finn and a cat called Thanks. Niall’s first four books, published between 1987 and 1995, were co-written with Chris and tell of their life together in Co Clare. He has gone on to write many more novels and plays since. Christine also sells her beautiful greeting cards on the website shop.

During the Covid-19 lockdown in Ireland, Niall and Christine started online writing workshops and the website provided the platform to allow clients book and pay for the workshops through the website securely. This meant that people from all over the world could now attend the workshops virtually.

Getting the business started online through their new website and online shop opens up new opportunities for flexibility and will allow them to sell and take deposit and payment for online workshops from people locally and nationally and internationally.

At the start of any project, Agile Digital Strategy always ensures that we know and understand the full scope of what our clients need for their plan.

After discussions with Niall and Christine we created our main points for the design brief which included:

Once the website went live, we did a speed check to ensure that the website has a fast loading time. To do this, we used GTmetrix so we can optimise the speed time for effective results.

One of Agile Digital Strategy’s services includes providing full training for our clients. Having a new website is great, but if you don’t know how to manage it then it is a waste of time. We provide the option of training on Zoom as part of the package.

During the training we showed our clients how to manage their new site, how to add or remove images, how to upload new products, how to add testimonials, and much more.

We also recommend our clients to sign up for a maintenance plan with us so we can continue to save your website from potential threats and to provide you with backups in the future and run updates on the plug ins when required.

Responsive Design Across All Devices

It is essential that your web design should be easy to navigate through and simple to use. At Agile Digital Strategy, we always aim to ensure that your website is easily accessed by your potential customers.

Our web designs are compatible across all device platforms. This means that the web design will either expand across your computer monitor or laptop screen size, or it will shrink to fit your iPad, tablet or mobile device.

During the design process, we always ensure that any text provided is easy to read no matter what the screen size is. We also make sure that any images or videos also keep their quality across any device.

During the planning stages of this web design project, the initial time for delivery was estimated 6-12 weeks from provision of all content.

The client requested a quick turnaround time and was responsive with the provision of the content, even though some last portions were only delivered in the last week of the project.

The team at Agile Digital Strategy would like to thank Niall and Christine for choosing to work with us and we have enjoyed every second of this collaboration. We would also like to wish them the best of luck in their future endeavours. We hope that their new website will attract a wider audience of potential customers to their online workshops, novels and beautiful cards.

Are you a business owner who is seeing a web designer or other digital marketing services? Do you want to get your business online or improve your online visibility? Are you looking to avail of the Trading Online Voucher from the Local Enterprise office?

Contact Agile Digital Strategy Today or fill out our Instant Quote Form today and see what services we can provide for your business. 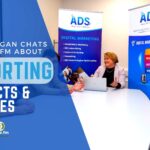 What is content marketing? There are so many ways today you can communicate with your audience. One of the most effective ways is through content

How to Conduct SEO Audit 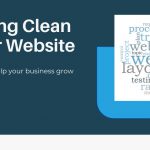 Spring Clean Your Website – 6 Tips to Help Your Business Grow

ADS Top 8 Social Media Tips for Business Utilising online social networks for business can be daunting, especially when you are just starting out your

Top 10 Tips on How to Write SEO Friendly Blog Posts

Our top 10 tips on how to write SEO friendly blog posts. Having a blog or news page to write regularly on is a great

10 Leading Web Design Trends that will Dominate in 2021 Digital trends and the expectations of users is constantly changing. Staying up to date with

Do You Want To Boost Your Business Online?

How to Conduct SEO Audit

Spring Clean Your Website – 6 Tips to Help Your Business Grow

Niamh Hogan Named One Of 75 Brilliant Irish Women In Business!